“CHANGE THE CONDITIONS and you will cross that line. The line that you said you wouldn’t cross”  -Joe Hunt, Billionaire Boys Club (1987)

Christopher Gardner, Joseph Henry Gamsky, Bill Porter – Real to life closers who know no hindrance to close a sale. May it be sleeping overnight in the subway toilet with a 5 year old son, selling door to door in a 7-mile neighborhood daily with a stiff-knee gait or even killing not just once. Watch and you will never know how to listen to your excuses. Not anymore.

The only theatrical film on this list, you might have watched this and you will agree with me that replaying it would still be a tear jerker. From losing the trust of your wife to queuing for a shelter room every after your sales shift with your 5 year old child, your luggage and that bulky bone scanner. Really inspiring sob. 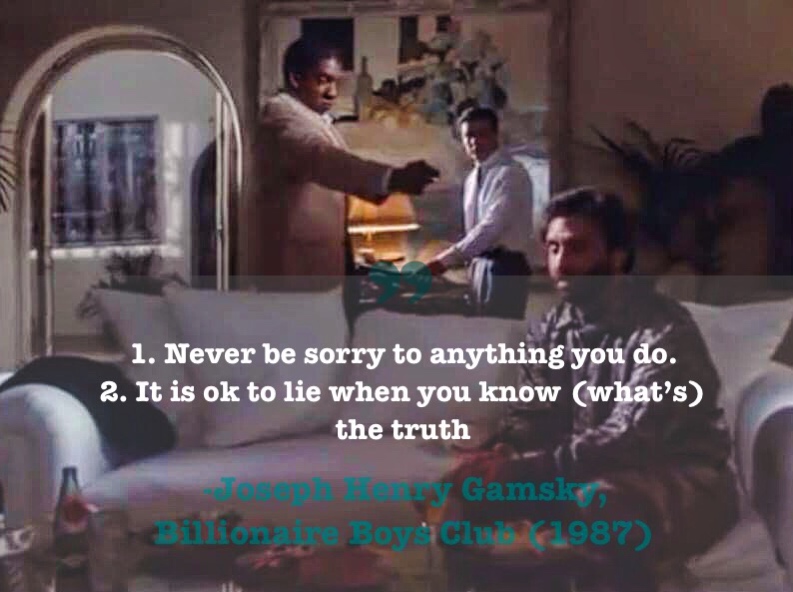 Made as a television movie in 1987, you will find yourself checking your sanity every time Joe speaks a word. Scenes perfectly manifest his tenacity to be second to no one. From a nerd debater in high school to a splendid brain washer founding the BBC. This definitely is a movie that triggers Morality Check of a closer’s sales persistence. When does persistence decoy a sinful greediness? Lot of closing skills to learn. I had a long list while watching. Did he really kill for an immense wealth? As to my verdict? Well, there are no absolutes. There are no black and no white. Just shades.Watch it Now.

“You won power over a person through the knowledge of two things, Joe explained: One was what they wanted, the other was what they feared.” 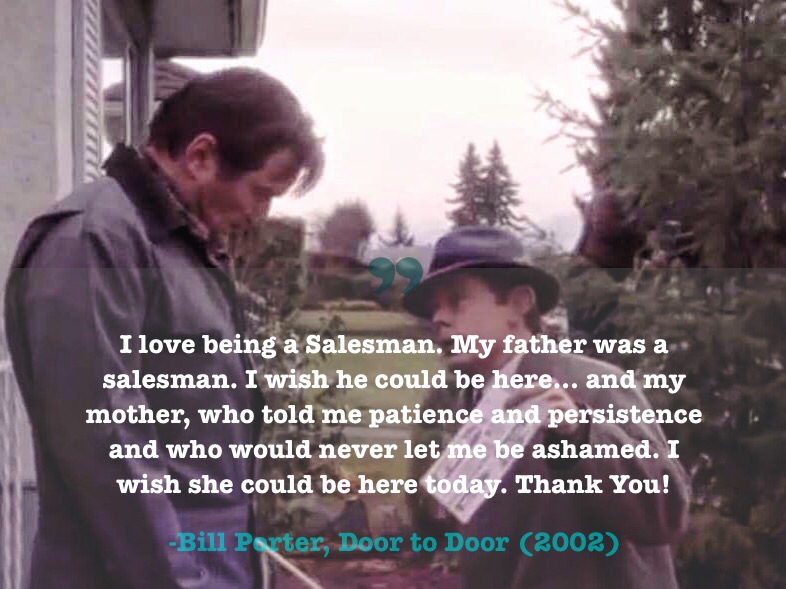 That line from Bill’s acceptance speech being Watkin’s Salesman of the Year in 1989 may be too simple, but when you reach that scene while watching, you find your tears like dewdrop per second. Both this TV movie and the array of documentaries featuring Bill really make me extremely inspired. Bill Porter indeed is the only of his sales persistence caliber. He has Cerebral Palsy. He is a top Salesman. Legendary.

These are compressed version of the circumstances these closers encountered. A reel from the real struggles for the sake of the art of motion picture. You might have been once like Chris, Bill or Joe. You may be like any of them in the future, or yet your kind of persistence is even stronger than theirs which the world have not known yet.

Would you do the same choices they did? Same dose of optimism? Same dosage of resilience? How challenging you are facing now compared to theirs?

Crossing the line is all in the mind. 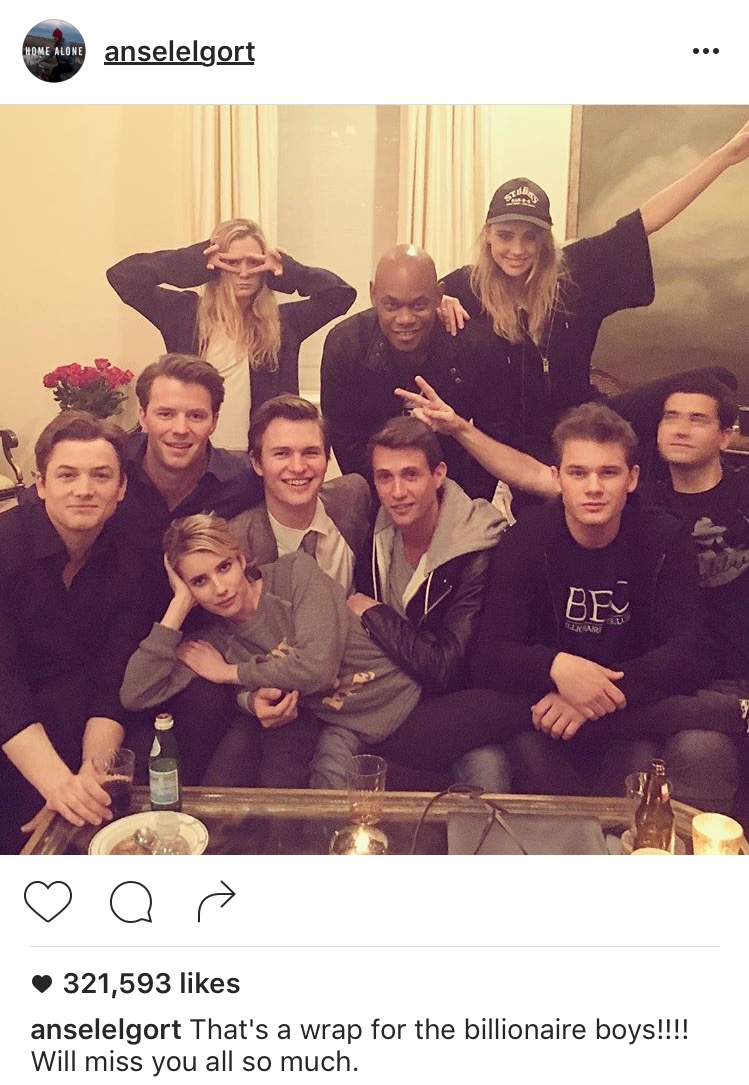 COMING SOON: Billionaire Boys Club would have a theatrical film version this 2016 which will be starred by Ansel Elgort as Joe Hunt. Judd Nelson, who was Hunt in the 1987 TV movie will be the father of Joe. Kevin Spacey will be Ron Levin while Emma Roberts as Sydney, Hunt’s love interest. “As we were writing this, I thought, ‘What if ‘Wall Street (1987)’ became ‘Alpha Dog (2006)’ halfway through?” James Cox, director said.

I hope the 2016 version would not neglect the sales skills every salesman could learn from Hunt’s real-life closing prowess. I will be watching this. You too, right?

John is a millennial Closer behind www.johndappercloser.com. He writes about the Corporate lifestyle, Sales tips, Menswear and Davao city's Bleisure scene. Join his Closer-to-CEO journey on Facebook and Instagram, @johndappercloser. View all posts by John Llamas

One thought on “3 Compelling Biopics to Redefine Your Sales Persistence”

Hey Closers! Have you checked in on a friend recently? It is healthy for us to socialize on screen while staying at home. It might also be helpful in learning more opportunities to make the stay-at-home advisory more advantageous to both your skills and savings. Case in point, earlier’s chat with my high school best-bud Greg. . . . While being employed in a government office, managing his start-up business and taking care of his wife and little boys, Greg is also teaching - earning and enjoying in the comfort of their home through the online English-education platform, 51Talk. “Been teaching online since 2017, John. But the recently-imposed quarantine made it possible for me to accept more class slots. Thus, giving me more pay while making use of the reduced work hours from my full-time work. You might want to try it as an alternative job for now!” He then boasted that he now holds a Master Teacher A rank. It was great e-catching-up with Greg knowing that he and his family are in good state both in terms of health and of money amid this pandemic. . . . How about you? You might want to earn while at home, too! Teach from home with @51talkph | Visit their website or start your online teaching career through Greg’s referral link: https://51talk.ph/referrals?channel=1&source=3&referrer_id=257435 #TeachFromHomeWith51Talk #FromCloserToCEO #HomeContent #OnlineJob #workfromhome
It’s Monday, Closers! Are you preparing for work at the office or still on screen? . . . Whether your team’s transition plan is set back in the office or still on work-from-home basis (as most industries start to reopen from ECQ to GCQ), I hope this pandemic has taught you to take care of your team - - - your extended family, to an immunological extent. Stronger immunity makes up a healthier and more productive family at work. Do not just coach about how they can improve the job performance. Be a “new normal” team player and teach them ways to manage stress and maintain a healthy body. . . . Now live on the blog are Five Wellness Essentials for a Healthier Family in the Workplace. This features my must-have-items when I shop at my trusted health retailer, @watsonsph . . . . Which among these are you using too? SWIPE ACROSS. Leave some recommendations as well! Shop for your wellbeing at any Watsons store nationwide. Check availability on the link here @johndappercloser. #FromCloserToCEO #StrongHealthyFamily #WatsonsPH #DBSxWatsons #DBSTheBest #DavaoBloggers
Dipping before puttering since 2012 💪🏼 💦 No, this is not a home workout. #TricepDips #HydroflaskPH #FromCloserToCEO #HomeContent
The “new normal” Monday situation. Work from home smart and sharp! Be a dapper Closer (on screen) 💻 #FromCloserToCEO #WorkFromHome #QuarantineLife #HomeContent #Monday
A new Sales skill while at home 😵 SWIPE ACROSS || Apart from claims that a lot of negotiations succeeded because the Closer knew the prospect’s favorite social libation, it had always been my fantasy to start knowing more about mixing cocktails. I intended to purchase this book through @paymayaofficial at the @bigbadwolfbooks Davao last year. Finally got the time to read it! And oh, it is just iced coffee while staying in! #QuarantineLife #FromCloserToCEO #HomeContent
Keeping up the digital Bayanihan spirit while AT HOME! Thanks to the @paymayaofficial one-stop digital donation facility! 💙💚 The platform has raised PhP 15M worth of donations as of April 6. Hope you can help too! SWIPE ACROSS (Link How is also here @johndappercloser ) Meanwhile, who’s enjoying homemade desserts too? 🍧😅 #FromCloserToCEO #OneAgainstCOVID19 #Quarantinelife #PayMayaSquad
Stay in. Stay in the game. Stay dapper! 💪🏼 || That’s it! Done with the first sales quarter. I know it’s not good. But at least it is not zero. (It should not be zero!) Stay “in” but stay in the game. And stay dapper staying in! #CloserToCEO #quarantinelife #doublebreasted #motivation
For the time being, where were you last Summer? Let us reminisce. The rays, the breeze, the cocktails, the ease. 🏖 #FromCloserToCEO #QuarantineLife
How’s the Quarantine Life, y’all? SWIPE ACROSS. Manspread with livity 😝 #FromCloserToCEO #manspreading #quarantinelife
Are you still updating your 2020 Travel Plans these days? Why not! YOU HAVE A CHOICE ✈️ SWIPE ACROSS. . . . As @cebupacificair continues to celebrate its 24th anniversary month, every JUAN is given their choice in setting their travel plans with the SUPER SEAT FEST (A 1-DAY EXCLUSIVE HUB PISO SALE) bundled with FREE CEB FLEXI OPTION FOR MARCH 2020 BOOKINGS. That means, GO AHEAD. . BOOK A PROMO FLIGHT NOW (March 13, 2020). . REBOOK IT UP TO 2 TIMES WITHOUT PENALTIES JUST IN CASE THE SITUATION CALLS FOR IT IN THE FUTURE. . *All bookings done within March 2020 can enjoy the Free CEB Flexi. #FromCloserToCEO #CEBSuperSeatFest #travelgoals #cebtravels #makefirstmomentshappen